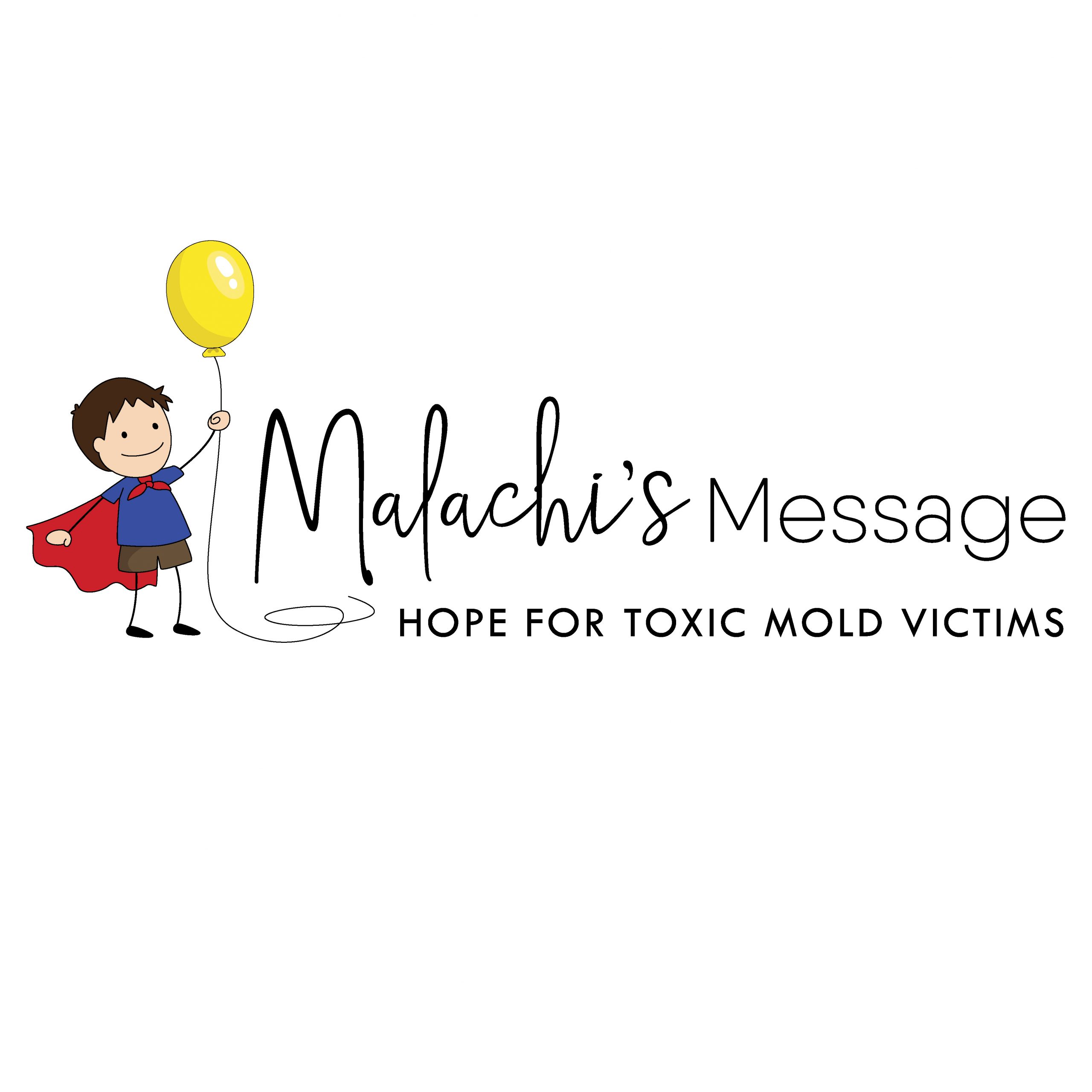 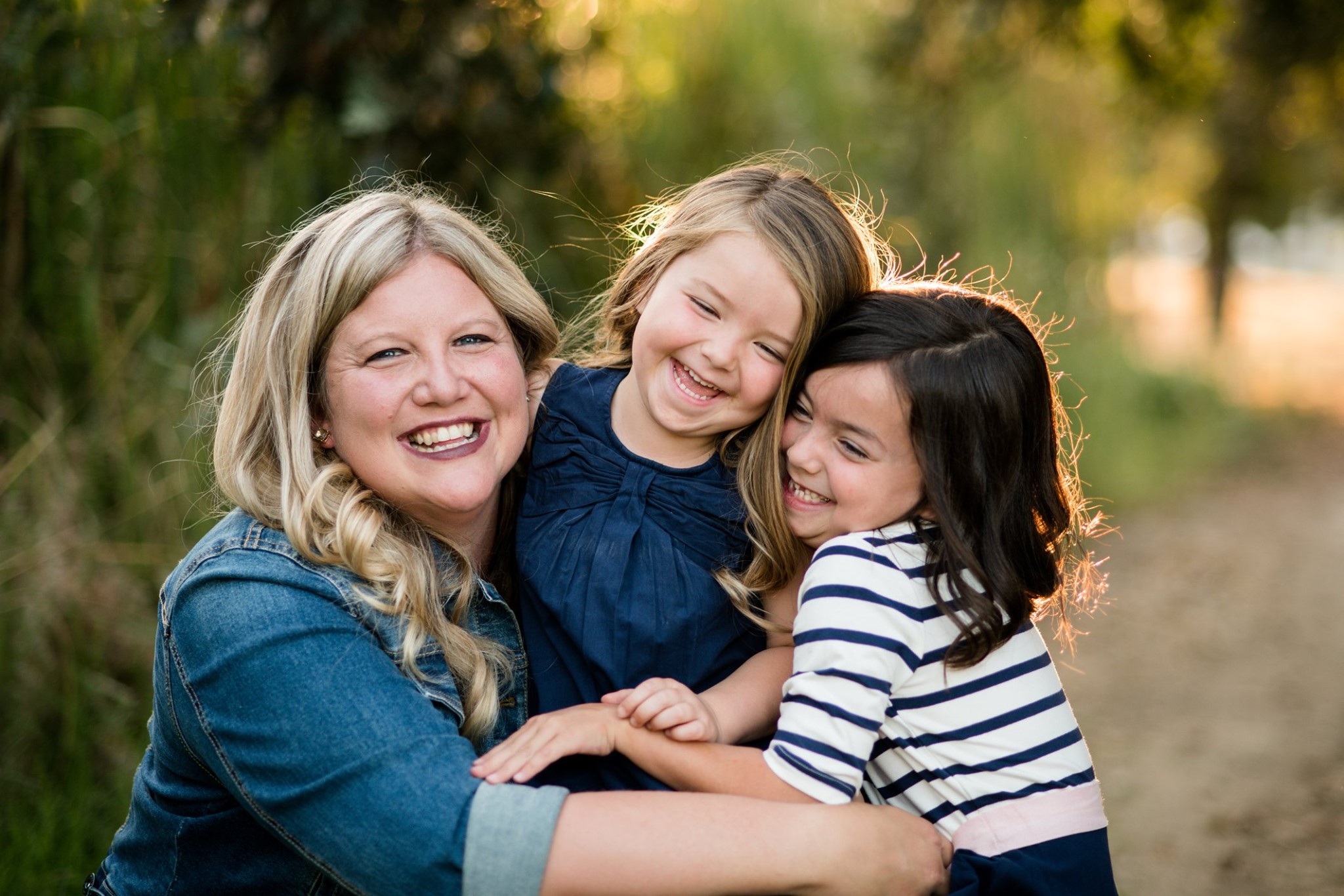 If I told you my story, you would hear a story about a woman who had lived a full life and one that hit a major turn of events, beginning in August of 2015. I (six months pregnant), with my husband and our two year old daughter moved to Houston Texas. My husband was beginning an apprenticeship, as a power linemen. We saw this move, from California, as a calculated plan to him fast-tracking an apprenticeship. We were incredibly hopeful for the future. 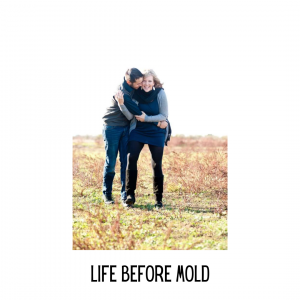 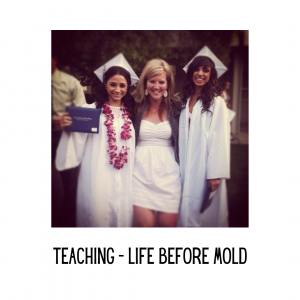 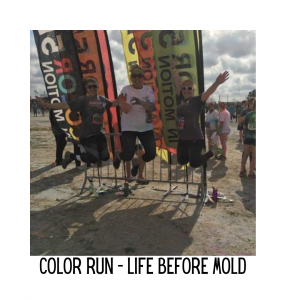 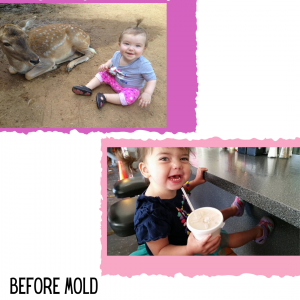 On December 1, 2019 we remained hopeful as we moved, our now family of four, from an above garage, mother-in-law suite, to a two bedroom apartment.

We were hopeful, even as we started to see doctor’s appointments as a weekly endeavor and encounter. We became exhausted as we started to realize that those doctor’s appointments were filled with phrases like, “there’s just no reason for this to be happening”, “I guess we’ll just give her another round of antibiotics and hope it helps”, “your body shouldn’t be reacting this way” and my favorite, “maybe it’s psychological”. My hope in doctors, was fading fast.

Within a month of living at this apartment, my husband’s fingers started to go numb. We watched with caution hoping it would go away. It didn’t. In fact, it got worse. He quickly progressed to hands going numb and the pain causing sleepless nights. This led to bilateral Carpal Tunnel surgery. Due to the reality of an apprenticeship, this also meant he would have no income during the recovery time of surgery.  Along with the Carpal Tunnel Syndrome, he started having bouts of cold sweats sometimes combined with nausea and flu-like symptoms. Never testing positive for the flu and constantly being told it was just a virus. He was highly fatigued and would wake up, stating he felt congested, had a headache and felt more tired than normal.

Our oldest daughter (three years old), who has always been advanced in her speech and cognitive abilities, started to regress with articulating sounds; that she could previously articulate. She began to sit up at night, or during the day and just look at “something” that was there; when in reality there was nothing there. She would repeatedly get strep throat and the doctor’s would not be able to pinpoint why, every time she would test positive, her doctor would prescribe antibiotics. She developed chronic constipation and would constantly have stomach aches. The doctors weren’t sure why it came on so suddenly. She would get sudden bloody noses and her hair started falling out in large chunks. She was tired constantly, even after sleeping for 12 hours with a two hour nap. On top of it all, she would have anxiety attacks, that were uncontrollable and just heartbreaking.

My youngest who had just turned one, upon moving into the apartment, was on medication for wheezing, cough, runny nose and congestion for the duration of our stay at said apartment. This turned into almost six months straight of antibiotics, inhalers and steroids. She too had repeated episodes of strep, again antibiotics being pumped into her little body. Outside of congestion, her pediatrician and day-care workers brought to our attention that they could not find a natural reason for why our youngest would constantly fall. We noticed at home that she would walk into walls, as if she just didn’t see them. We sought out an ENT and had tubes put into her ears. This helped with her hearing and speech, and balance. Yet, she would still walk into walls, randomly. She too was constantly exhausted and restless, hallucinating and not ever seeming like she could get enough sleep.

I was in the process of having horrible stomach pain episodes. Doctor’s ran tests and finally diagnosed it as Gastritis, stating that they didn’t know the cause for the new intense pain I was experiencing. I would  repeatedly become nauseous often, quickly and it would last for a couple hours, a day at the most and then leave. I began to have severe pain that caused multiple visits to see my OBGYN. Without being able to give a cause, they said it could be endometriosis, among other things, but that the cause was unknown. The pain was so bad, that there were talks of a partial hysterectomy. I also started seeing a Chiropractor after a month in the apartment. My headaches were turning into horrible migraines that I just couldn’t seem to get rid of. I began to get tired, the kind of tired that makes you want to nap three times a day. My energy level started dropping, my head and face started to tingle and have bouts of numbness and I had severe constant congestion. By the time we hit the six month mark at this apartment, I was having bouts of blurred vision and was having trouble finding words. I also struggled with reading basic sentences out loud.

I thought I must be going crazy. Things seemed to only get worse.

During what should have been a routine allergy shot,  an ambulance showed up due to an anaphylactic reaction. A second time, while at home, I started to have another reaction. Both times my daughters were with me and I had to be rushed to the Emergency Room. During my follow up, with my allergist, I learned of his concerns that I shouldn’t be reacting this severely and that one of my environments must be triggering these anaphylactic reactions.

This caused my husband and I to look at our main living and working environments. We sought out our apartment management, after smelling a musty smell. We were assured that all apartments were thoroughly inspected, and cleared, before we moved in. Three weeks later, we realized that our Air Conditioning unit was leaking. At this point, we could visibly see mold growing in the Air Conditioning vents. This began an unpleasant narrative with our property managers. We chose at this time to call a private mold inspector and have our apartment tested.

The mold inspector confirmed our suspicion that our apartment had mold, quite a lot of it. The mold was airborne, due to it coming from the air ducts. This meant that I wasn’t going crazy and there may be reasons why we were all getting so sick. It also meant that we could no longer live in the apartment. We literally got in the car and went to a friends house. We slept on their air mattress and my immediate extended family flew myself and my daughters out of state for a visit. During this time my husband tried to salvage what he could, from the apartment. He then began to sleep on friends couches. It was this or know that we would have been in the ICU, had we staying in the apartment 6months longer. 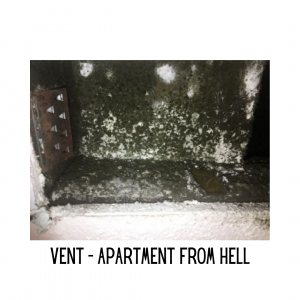 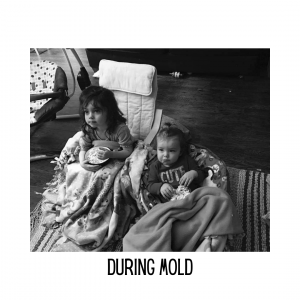 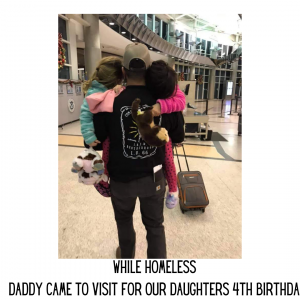 We literally lost every worldly possession. We had to start over.

We tried to first and foremost do research on how to heal from mold. THIS was overwhelming.

We tried to find a doctor that could help us. We thought we had found a naturopathic physician that specializes in toxic mold detox. It turned out that she helped start me in the right direction for my daughters but her wisdom didn’t help me or my husband. It did however drain what little money we had left.

We tried to find a lawyer that could help us, get reimbursement for everything we lost. Unfortunately, after feeling trapped into a mutual dismissal, we realized we did not have the legal support that we had hoped for.

We are now left with the undeniable long term effects of toxic mold. The toxins triggered Mast Cell Activation, in my system. Essentially, if a trigger occurs (heat, cold, certain foods, smells, any form of chemical makeup, perfume, candle etc…truly anything can be a trigger) my body thinks something is attacking it. My histamines then release too many little soldiers and my body begins fighting itself. The results are ugly and have put me in the ER more than once. Thankfully, I have found a doctor (in 2019) that is a genius. She is working to reset my body’s histamine levels. I have hope, but also see very clearly that this is something I will struggle with for my life-time and it will be an ongoing lesson of trial and error.

We know not to enter old buildings. My daughters know their dietary restrictions and say, “mommy, one day when the mold leaves our bodies we can…”. It’s changed our perspectives on where we can vacation, who’s homes we can enter and truly an awareness of the power of life and how it should be lived.

We are realizing that the journey of recovery is long and overwhelming, it is not one that should be walked alone. My heart’s cry is to ensure that people don’t feel as overwhelmed as I did. I cry writing that sentence. How overwhelming to have doctor after doctor, tell you they don’t know what’s wrong. How much tension it brings on a marriage. How hard it is to find answers and then after you’ve found answers to wade through the next steps (to even know what the next steps are). It’s A LOT and it feels like even more than A LOT when you’re still in it and still can’t think straight. I more than anything want people to have answers and feel empowered to talk to doctors, lawyers, contractors and move forward to a better quality of life. 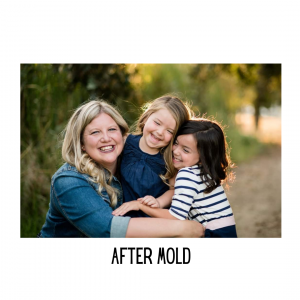 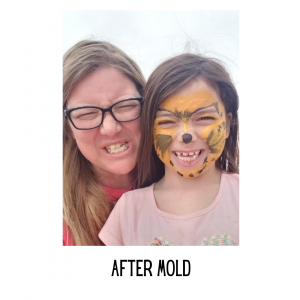 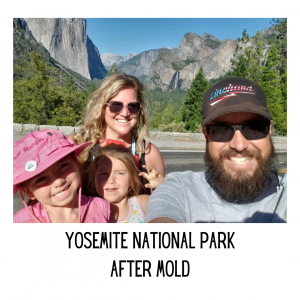