The non-profit is named after one of the founder’s sons who passed from a terminal birth defect due to his mother’s toxic mold exposure. The biblical meaning of the name Malachi is, “our angel and our messenger”.

We chose the name Malachi to honor him as well as we saw it fitting; because we hope this foundation can be the angel of assistance for the people our foundation serves as well as a message of hope that they are not alone and that they will recover, while also spreading awareness on how mold can devastate a person’s health and wealth.

During the 19 days leading up to Malachi’s Birthday, we will be raising funds for the mission of Malachi’s Message.

December 1st – 18th (midnight) the items will be open to bid on. December 20th the winners will be announced.

Silent Auction Items (All Prizes Will Be Mailed to the Winners) 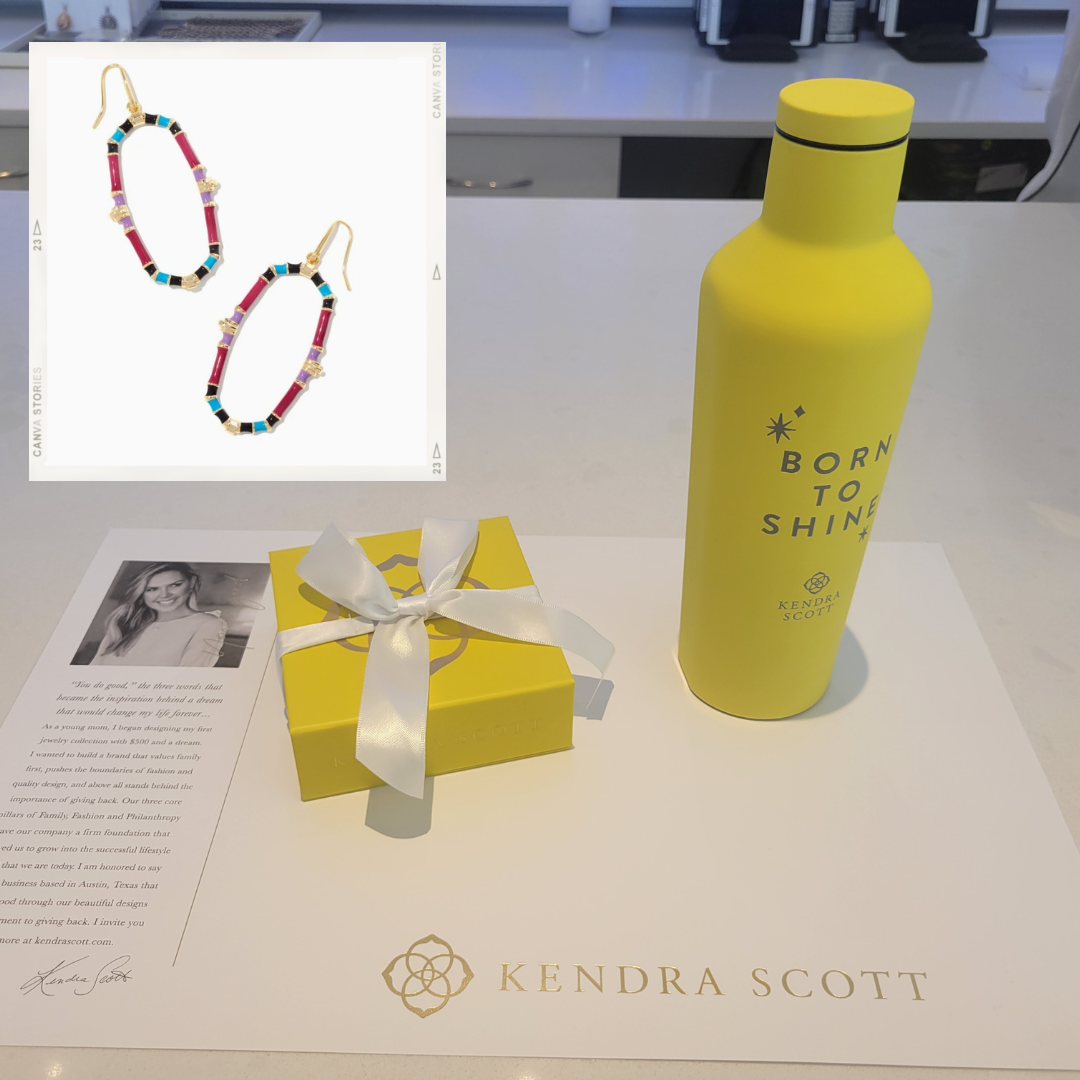 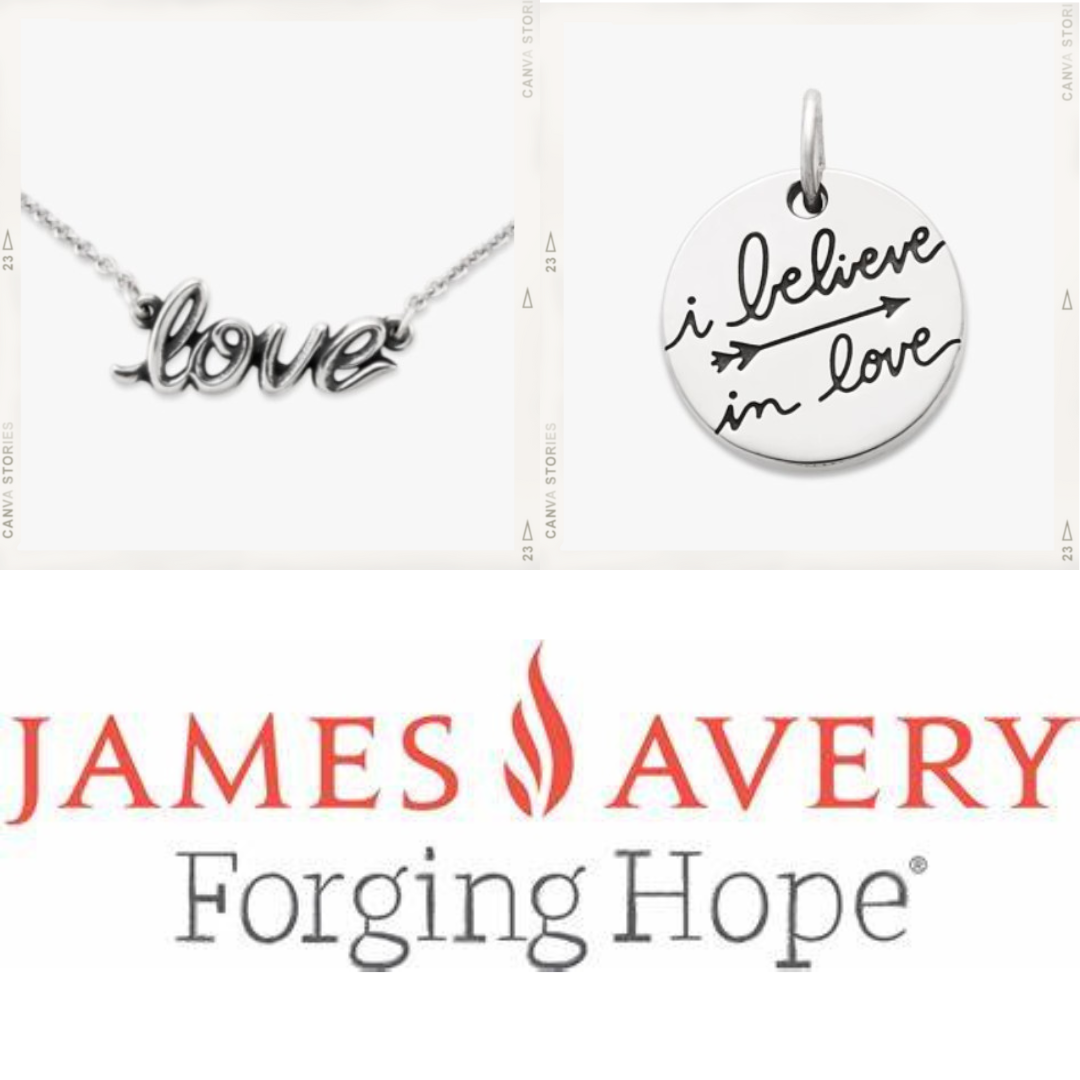 “I Believe in Love” Charm 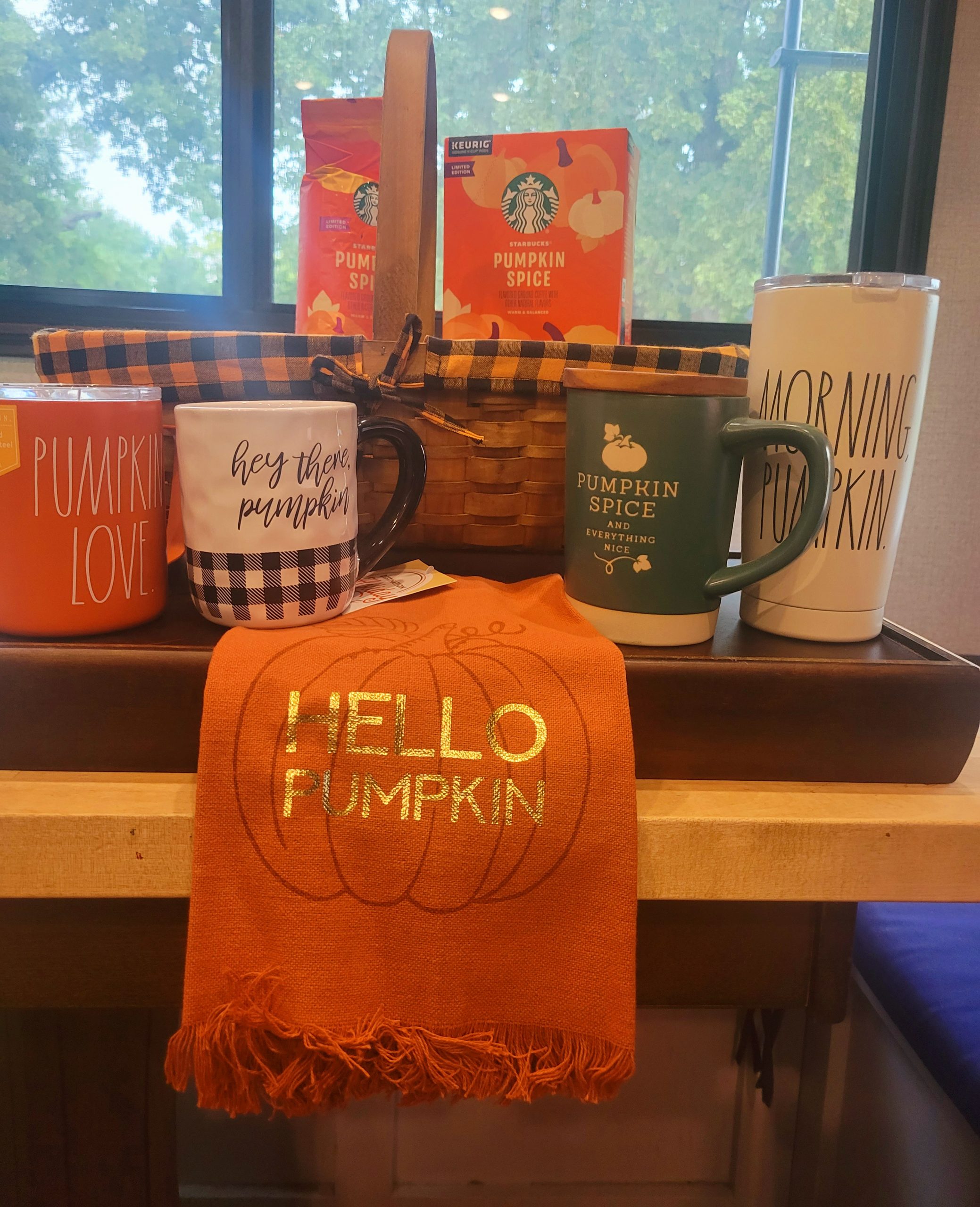 Pumpkin Spice and Everything Nice with lid 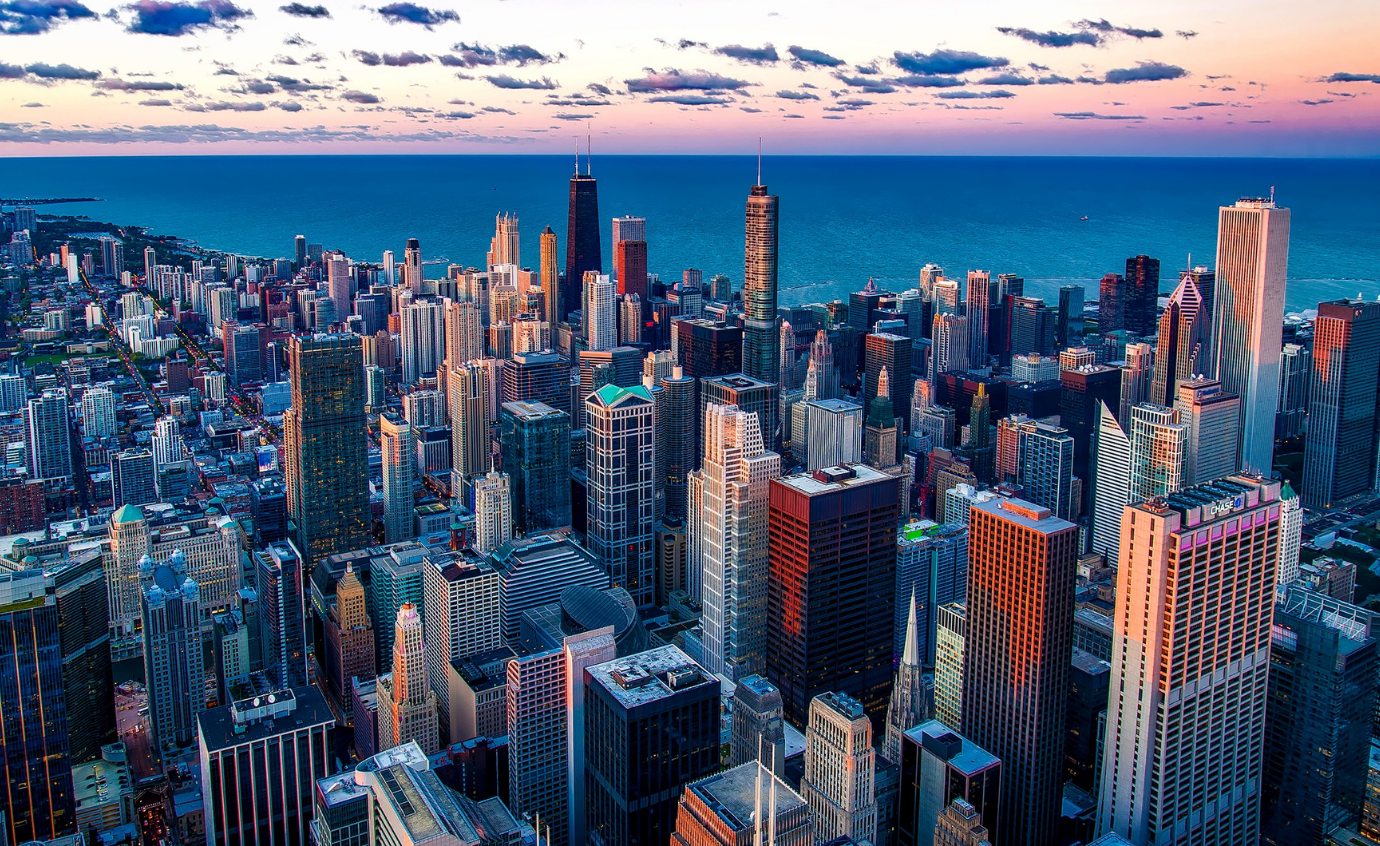 Enjoy a getaway to the Windy City!

Chicago sits on the shore of Lake Michigan, and features magnificent architecture, stunning skylines, an unparalleled selection of restaurants, and a vibrant downtown scene.

“The idea was simple: to gather under one roof high-quality food at sustainable and reasonable prices for ALL, celebrate Italian biodiversity, and create an informal, natural, and simple place to eat, shop, and learn.” Eataly Chicago provides a hands-on, unique culinary experience to enjoy delicious dishes and stories about the culinary world. Choose from a hands-on gnocchi workshop, pizza-making, or Italian wine basics.

* Note: Eataly classes are be based on the offered schedule and may have limitations.

Unwind, and rejuvenate at Spa Space, a Chicago spa that has repeatedly been named the Best Spa in Chicago. Enjoy a calming massage at Spa Space, located downtown on the west edge of Chicago’s Loop in a welcoming, upscale environment focused on exceptional customer service. A VIP Tour of The Star in Frisco for Four (4)

The Star is the 91-acre campus of the Dallas Cowboys World Headquarters and practice facility in Frisco,

Donated by the Gene and Jerry Jones Foundation 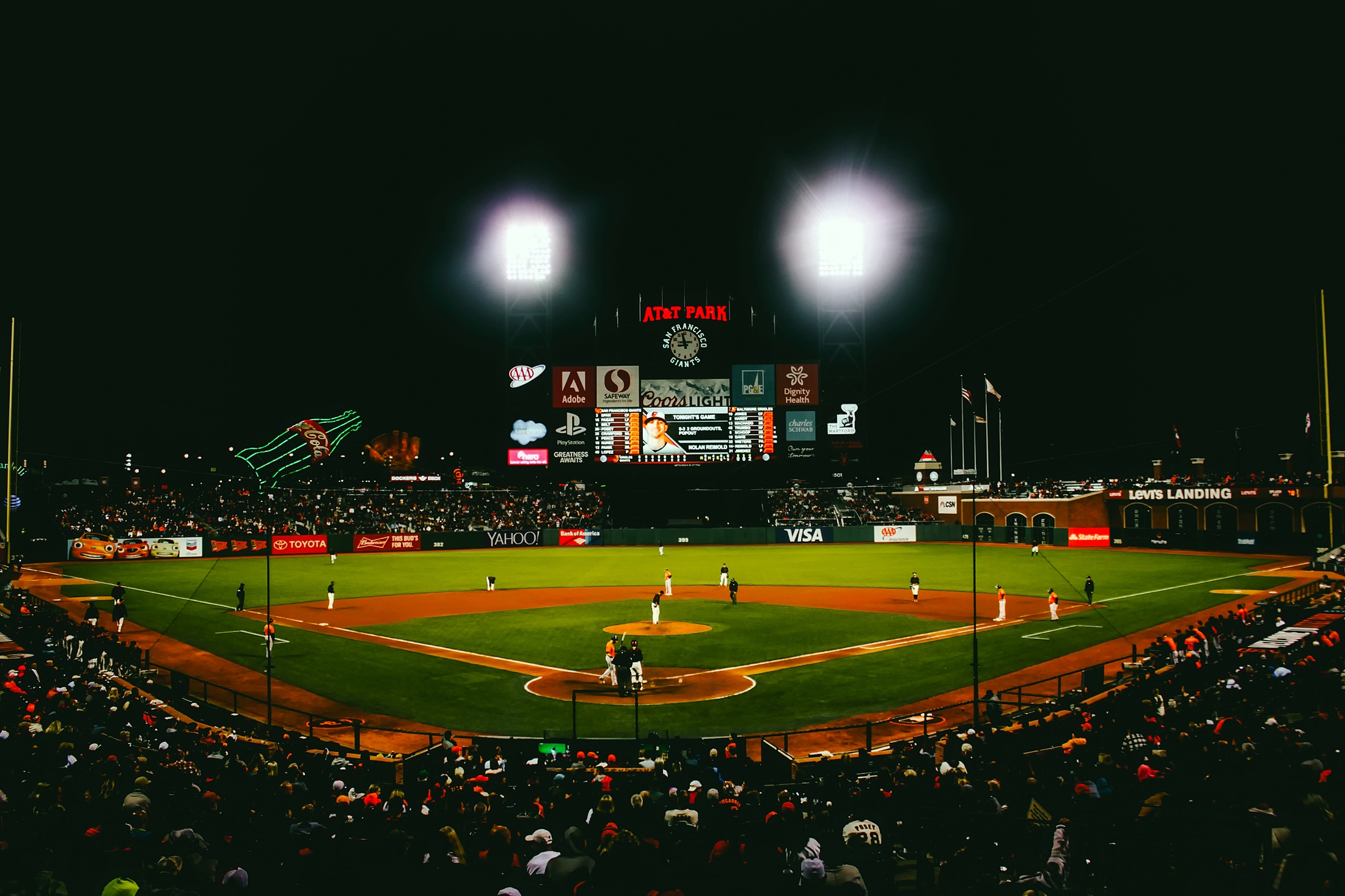 Boston Brews and Sox for 2

Enjoy two tickets* to a regular season home game at the storied Fenway Park. Ballparks these days are designed to be tourist destinations, but Fenway Park has always been that for baseball and ballpark connoisseurs. It’s rich history, quaint surroundings, quirky dimensions and unique landmarks are what makes Fenway Park one of the best stadiums in the majors. *Tickets are subject to availability and exclude Opening Day and New York Yankees.

This craft beer tour is the perfect introduction to Boston’s impressive and world-renowned craft beverage scene. On this compact, three and a half hour adventure for two, you will go behind the-scenes of three of Boston’s local craft alcohol producers. The tour includes VIP access, up to 12 samples in 3.5 hours and a craft beer pretzel snack, along with comfortable round-trip transportation. 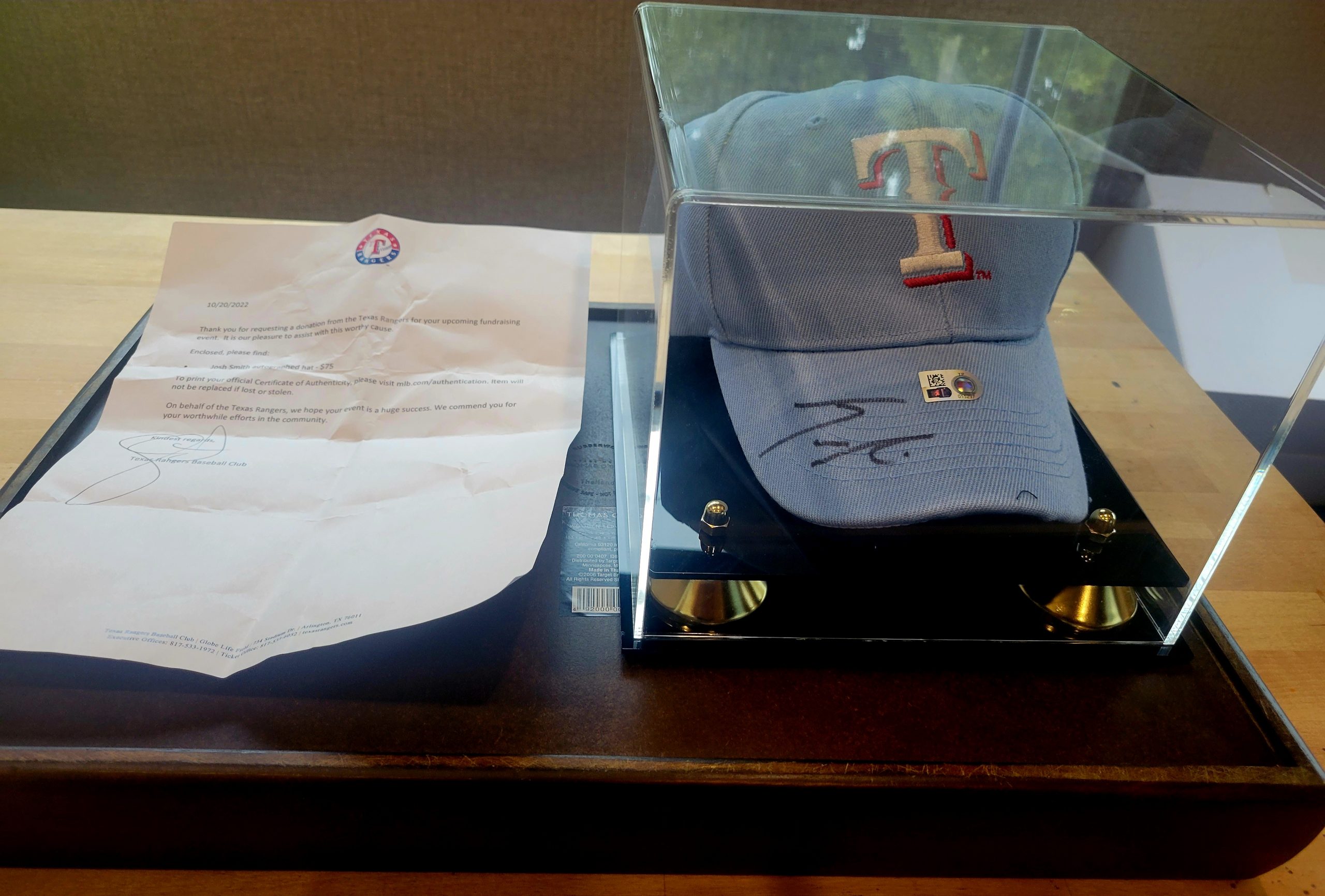 Donated by the Texas Rangers 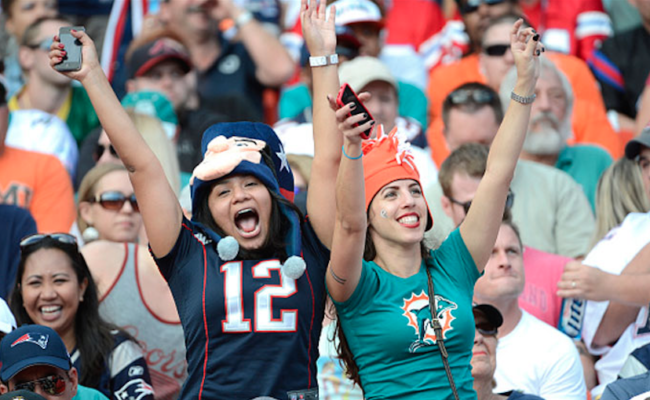 This Pro Sports Fan Experience for 2 can be used on a NFL, NHL, NBA or MLB regular season game or a non-major* PGA Golf event. Go watch your favorite team or player on the road or travel to a venue you’ve always wanted to visit…see the team you want to see when you want to see it! Over 5,000 games and 50 markets to choose from for what is sure to be an amazing experience!

* 2 lower bowl tickets to your choice of a NFL, NHL, NBA, or MLB regular season game or 2 ground passes to a non-major PGA Golf Event

* 2-night stay in a standard guest room (double occupancy) at a Sheraton, Marriott, Hyatt or similar 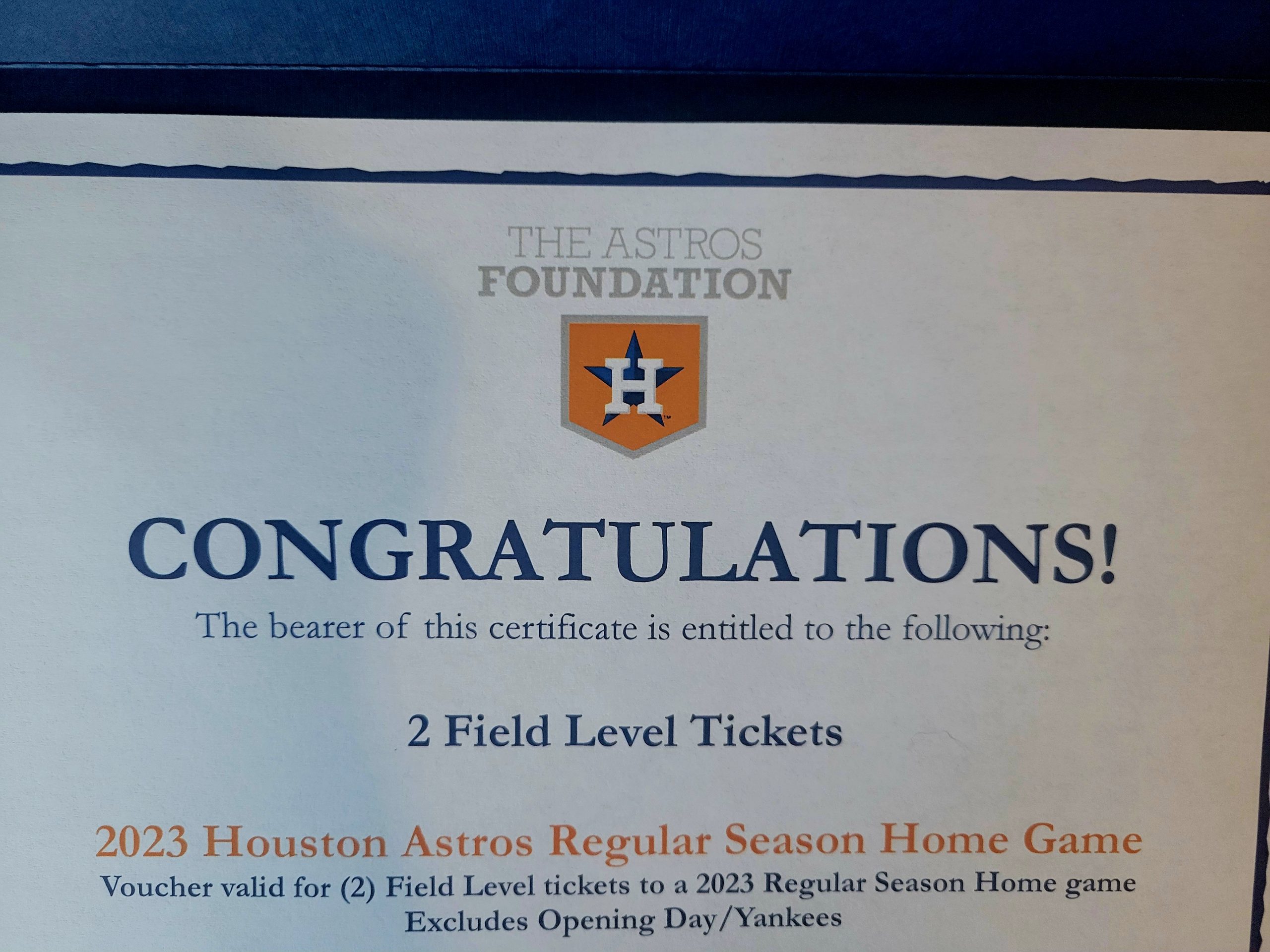 Donated by the Houston Astros 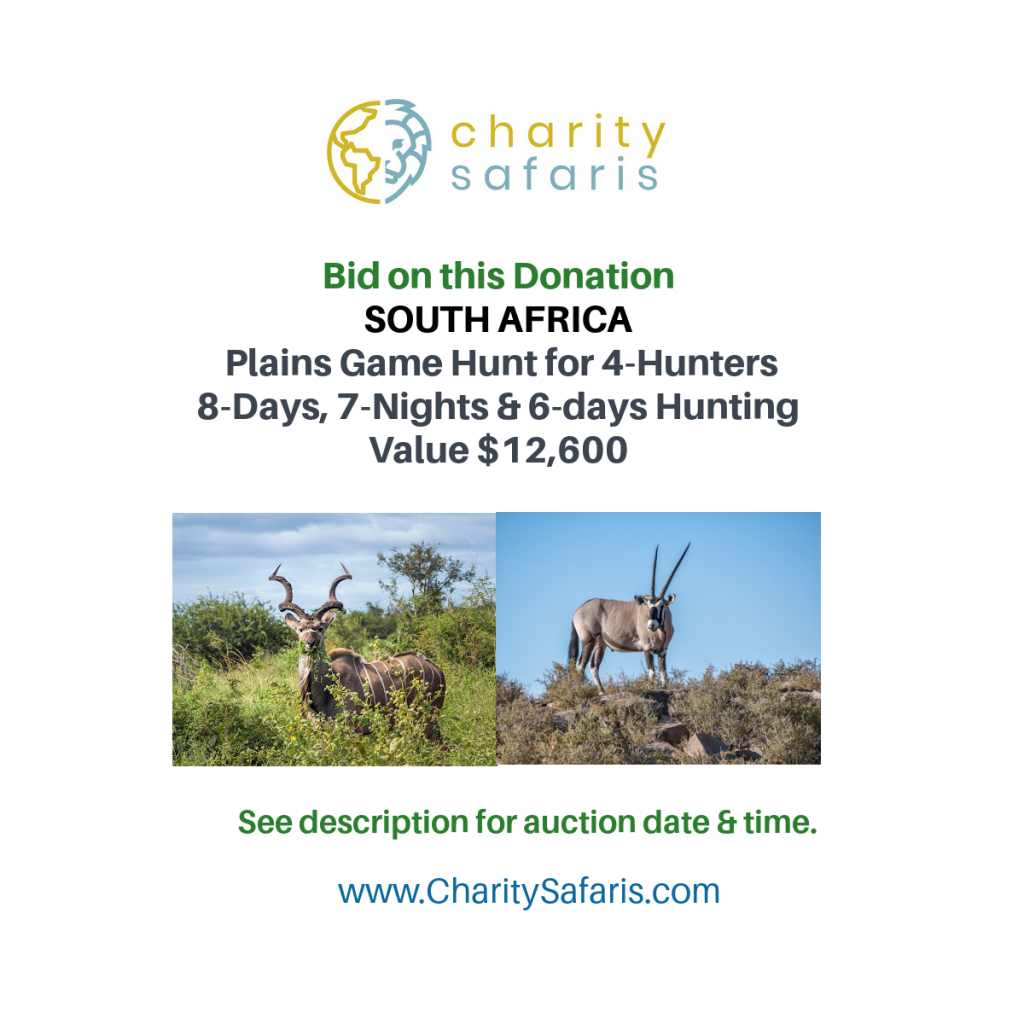 * All transportation throughout the hunting area

* Help with having your trophies mounted in South Africa Access to our Airline Consolidators for discounted pricing.

* Round trip transportation from the airport to the hunting lodge

* Two to four hunters are required to hunt.

*Field preparation of trophies – Trophy Fees (not included in package) 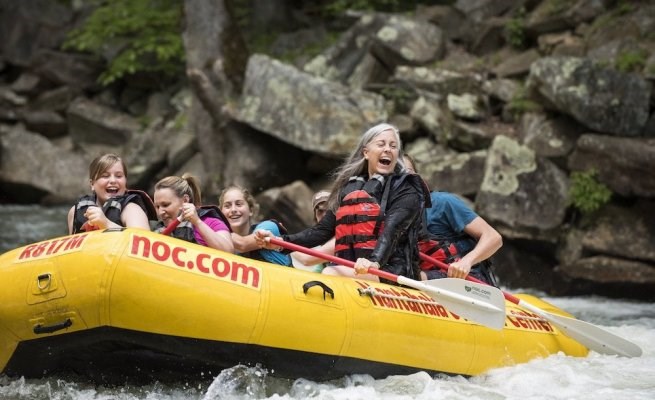 Enjoy the outdoors with your family and friends at Nantahala Outdoor Center! This Fully Guided Rafting Trip is our most popular experience allowing you to feel the thrill of the Nantahala rapids with an NOC river guide. The crystal-clear Nantahala River is the perfect family-friendly river, and is an annual ritual for thousands of families! This fully-guided rafting trip allows you to enjoy delightful mountain scenery
and playful rapids in the spectacular Nantahala Gorge, picking up bits of information along the way from your highly-trained guide. Your raft will splash through bouncing waves and spin on fast currents, while occasional calm spots give rafters a chance to soak in the forest, wildflowers and each other’s company.

This beginner’s rafting trip takes 3 hours and is 8 miles long. Participants must be over 7 years old or weigh more than 60 pounds.
All minors must be accompanied by an adult. 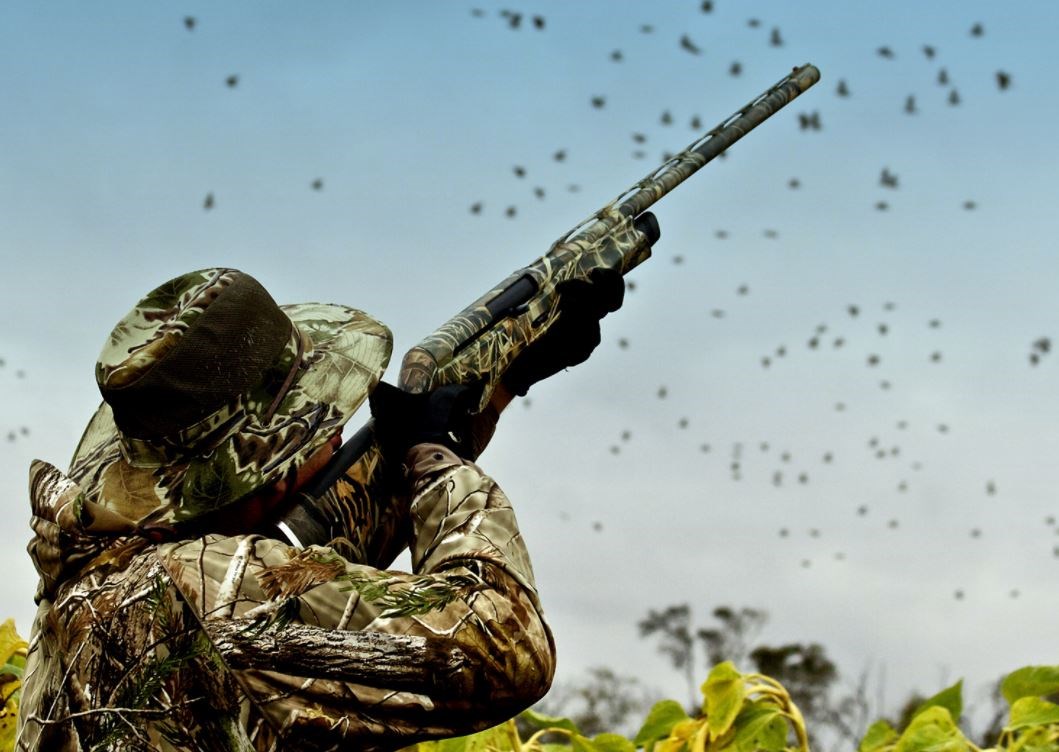 This first class, almost 2,000-acre ranch boasts some of the finest big game and bird hunting in Northern Texas.

Dinner on evening of arrival

Breakfast on day of departure 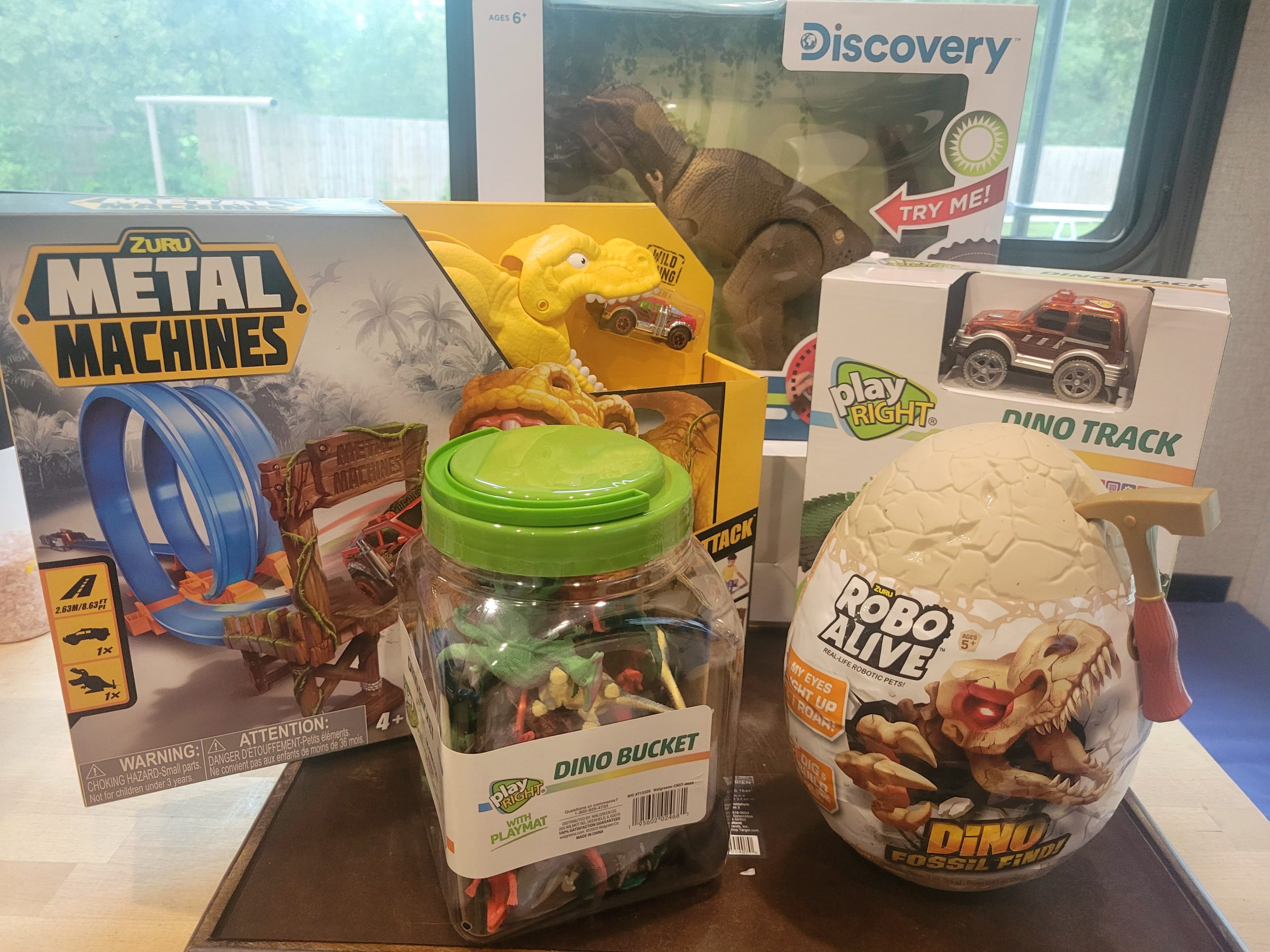 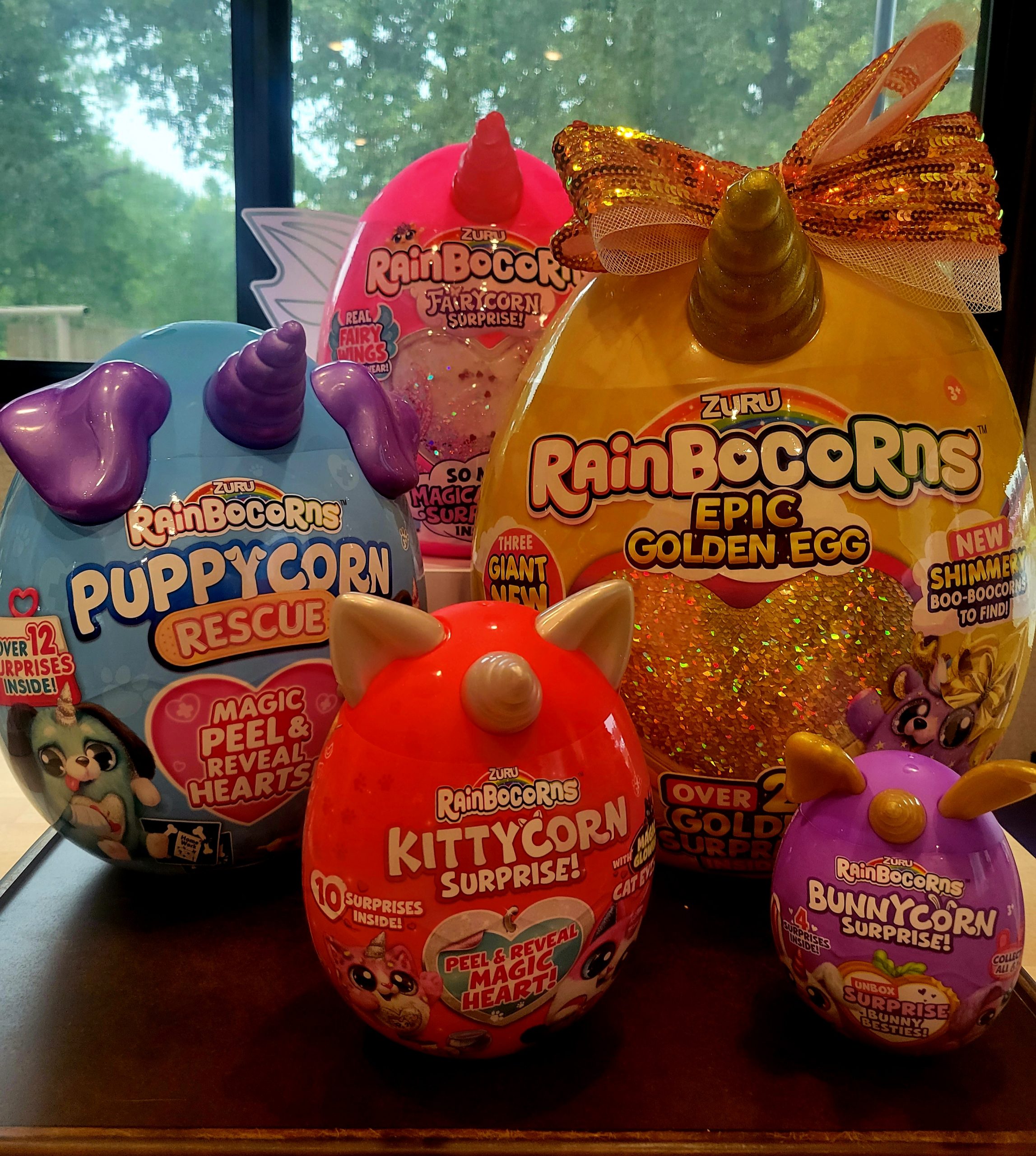 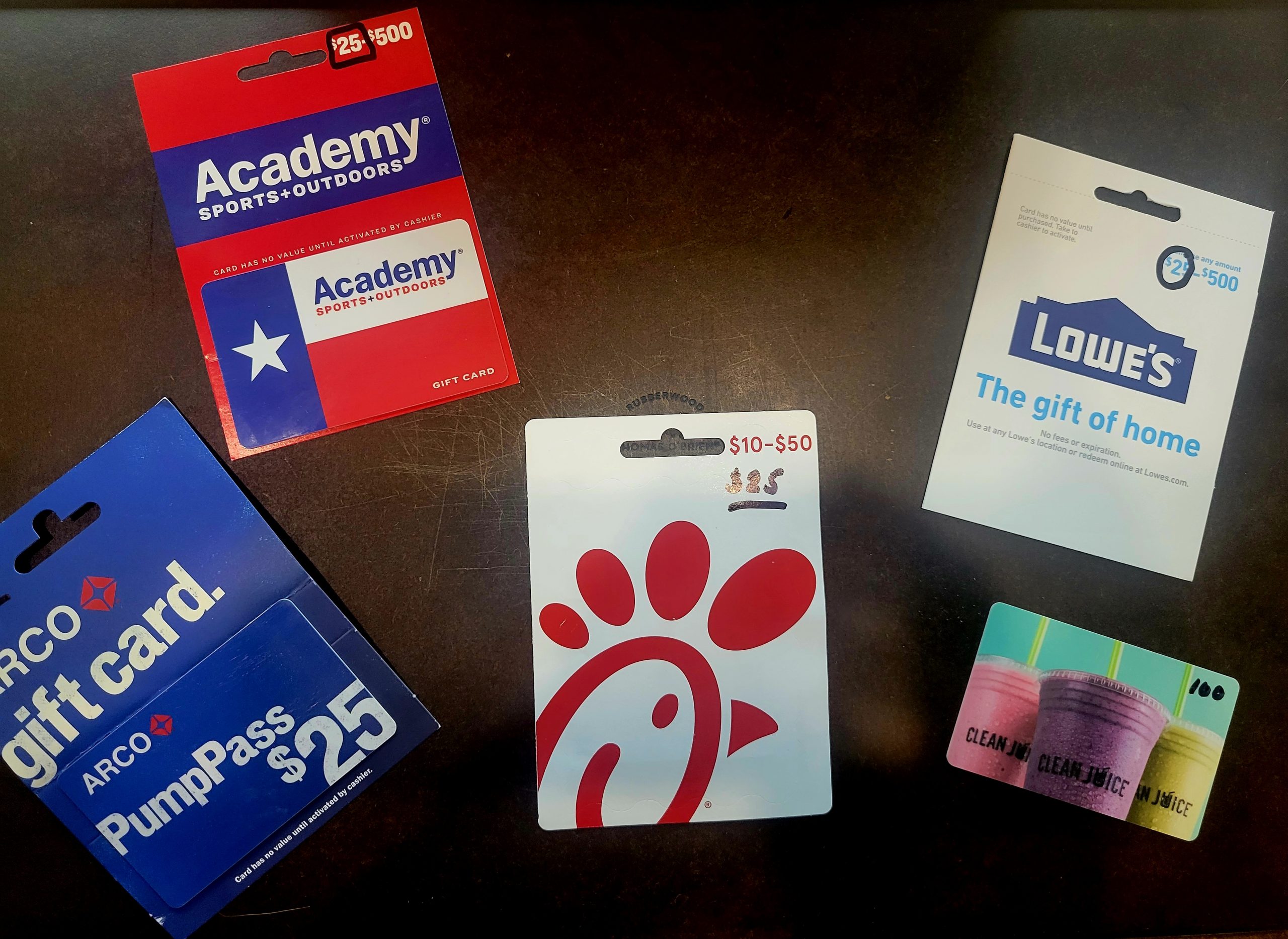 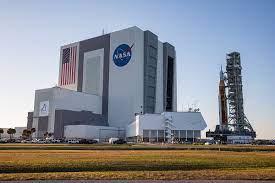 The winner is entitle to four (4) admission tickets to Kennedy Space Center Visitor Complex, which includes access to the all-new Gateway: The Deep Space Launch Complex and Spaceport KSC, Space Shuttle Atlantis, the Shuttle Launch Experience, the Kennedy Space Center Bus Tour to the Apollo/Saturn V Center, Heroes and Legends featuring the U.S. Astronaut Hall of Fame presented by Boeing, Planet Play and so much more!

A Note From Malachi's Mom 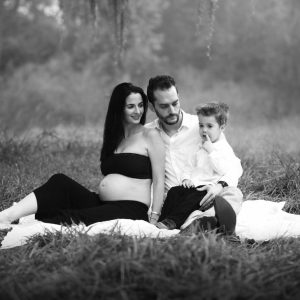 ‘
“Malachi means the world to me and Josh. He was our son that died from a terminal birth defect that he developed due to my toxic mold exposure. He died and was delivered at 35 weeks on December 19th, 2016.
Malachi inspired me and his dad to get into the mold industry in order to spread awareness and help others the way that we wished someone would have helped us during our mold nightmare. We did just that, through the company that we built called Texas Mold Inspectors.
The name Malachi means “Our Angel” or “Our Messenger” in the Bible. We originally chose Malachi for his name because we felt he was an angel that God was sending to us during our darkest time as we tried to figure out how to recover from our mold nightmare. We also felt that he was a message from God that, “Everything would be okay.” We didn’t know that he was terminal when we chose his name on August 8th, 2016.
Our OBGYN, in September and at almost 23 weeks pregnant gave us the devastating news that Malachi had developed Anencephaly. I was exposed to many toxic molds in our townhome before learning that I was pregnant with Malachi. I was told by our environmental doctor that there was one mold in specific that has been linked to Anencephaly after he heard the news.
“In 1990–1991, an outbreak of neural tube defects (NTDs) occurred in Cameron County, Texas wherein six anencephalic births occurred in 6 weeks at one hospital.” This outbreak was found to be linked to a mold specie called Fusarium moniliforme.”
My blood work, which was drawn while pregnant with Malachi, also showed Positve for very high levels of Fusarium moniliforme amongst other toxic molds that we were exposed to in our toxic townhome.
Anencephaly is known to be caused by a lack of folate. I actually had my blood drawn 6 months prior to becoming pregnant with Malachi by another doctor that had tested my blood for vitamin deficiencies to see if that is why I was having all of these unexplained symptoms that were unknowingly being caused by mold exposure in our townhome. My folate levels, per this lab work, were high and no where near deficient. Why then did Malachi develop Anencephaly? I did more research and discovered that the reason “Fusarium moniliforme” can increase the chances of a developing fetus to have a neural tube defect, such as Anencephaly, is because it causes the cells to not absorb the folate needed to prevent Anencephaly. My blood test only showed what was in my blood, not my cells.
Because of Malachi, Josh and I got into the mold industry.  We promised him that we would do everything we could to prevent this from happening to another child. He gave us our new purpose in life. He reminds us everyday to be grateful for what we have. We have met many amazing people along our journey and one of them being Elizabeth Cripe, the other cofounder and Executive director of Malachi’s Message.  Elizabeth and her husband hired Texas Mold Inspectors to help them find the mold in their apartment. When Elizabeth and I met, it was like we had known each other for years. We both wanted to do more for those going through mold and we knew we could.
The number one hurdle keeping people from being able to recover from mold is the lack of finances. Because Home insurance and medical insurance does not cover mold remediation, assessments, temporary housing, replacement costs for contaminated items and contents and it does not cover the costs to see the doctors that can properly test and treat a person made ill by their water damage home or building. Everything is generally out of pocket and costs thousands of dollars.
Elizabeth and I spear headed the mission, with the help of a few others along the way, in deciding to do something about the above hurdle. We built Malachi’s Message foundation and named it in honor of him. It’s the very first non profit foundation set up to financially assist those going through mold in order to help others recover sooner than later. Elizabeth and I also found it fitting to name the foundation after Malachi because of what his name means, as we Hope his foundation serves as an angel of financial assistance to those it serves and that it also brings a message of Hope to those going through mold, ‘that they can get better and that they are not alone.’
Thank you to everyone that has supported Malachi’s Message by sharing the foundation, donating to it, volunteering for the events we held and also by cheering us on and encouraging us to continue.”

Thank you to our Donors 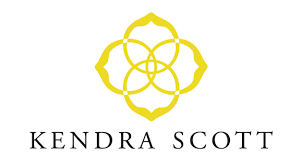 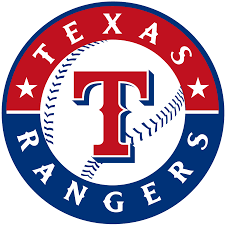 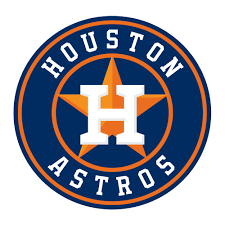